So it’s happening again. A run ashore is imminent.  My response to this varies wildly, so much so Popeye is now pretty cautious about how he tells me. My response SEEMS to depend on whether or not I’m on maternity leave and hormonal  or have work the next day or not. There may be other factors at play here.

Basically I’m jealous of him and how free he can be. My life is tied down and full of adult responsibility. I have to be (vaguely) sensible. I have to be organised.  His life, when he’s onboard, hasn’t really changed (outside of his job role), since he was 16. 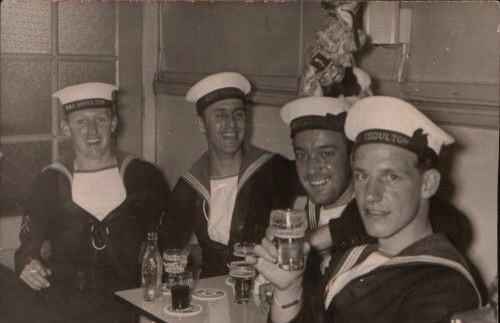 If you have no kids and can go out and party hard yourself at the drop of a hat then good for you (teeny bit jealous here btw) . DO IT. Do it for ME if nothing else.

However. If you cant get rat arsed on a Tuesday or Thursday from lunchtime onwards, because of silly, unimportant, things, like:

DONT feel bad. You are not alone. Most of the Navy and Military Wife/Partner population will be feeling the same, whilst skimming through sky+ and checking their phone.

Its NORMAL to feel jealous. They don’t have the same responsibilities as we do. To be there for our kids night and day 24/7. To go to work not smelling of sambouca and shame. To budget so we don’t, as a family, starve.

We have the luxury of a comfortable house around us, entertaining TV or company for good nights in. They don’t. They have honking pits, and are thrown together with others that, some of the time, are a bunch of pricks.

When Popeye is deployed and goes on a Run Ashore I try to empathise. And when I thought about it I realised holy crap of I was in the Navy I’d be out having a drink (or ten) too! After being stuck in that metal box for, possibly weeks, working all hours God sends and thinking about home and missing us and seeing our faces smiling down from above his bed whilst he plays the same Xbox game for a few hours of free time. 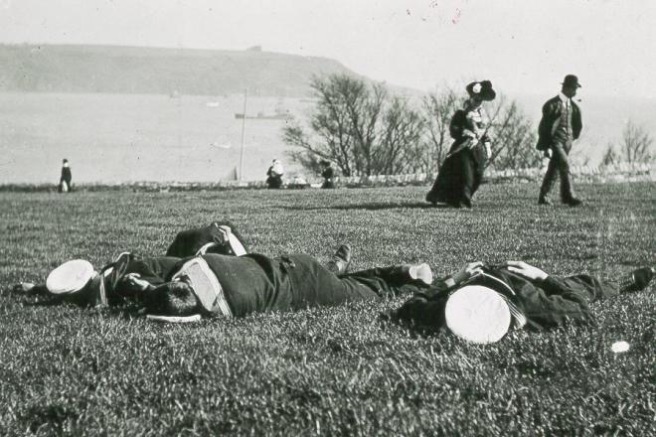 Shit man, I’d probably be drinking like a fish and dancing on tables in denial by the end of the night. It’s a form of escapism, denial and group consensus we’ve escaped in our normal lives.

So next time your Popeye lets slip he’s going out for a “quiet few” (obviously code for getting plastered and tattooed and ending up stealing a large decorative fish) try to quiet the inner jealous, wine deprived, pub deprived, eye shadow deprived, grown up conversation deprived, she wolf.

He’s going out either way so you might as well focus on all the good things youve got around you that he hasnt.

Bottom line is he would do anything to be sitting there next to you nicking that last malteaser rather than replaying the same night out over and over again for years.

P.s this does not mean you can’t remind him of all his nights out when he’s home so you can have a girls night out, complete with blackjack, vodka, possibly karaoke and all the glory of the “Mummy Lie In”. Life’s funny that way.

4 thoughts on “The run ashore”